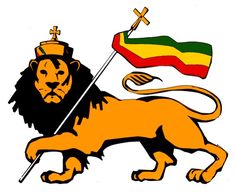 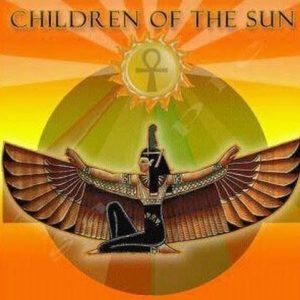 We wrestle not against Flesh and Blood, but against Principalities, against Powers,

Against Rulers of the Darkness of this World, against Spiritual Wickedness in High Places

YAHWEH IS FOUND IN THE SPIRIT AND THE TRUTH

THE 13TRIBES OF ISRAEL THE ISRAELITES

MENASSEH.   EPHRAIM.  (mother asenath/sons of Joseph)  Joseph portion was divided between his sons

The Romans for political reasons decided that the number 13 was unlucky
So they filled the bible with lots of twelves and took away the thirteens
Y’shua (Jesus)+12=13      13 is a magic number
Today we a 12 months year, the day is two 12hrs etc
Today we have a world of deceptions and confusion
YAHWEH IS FOUND IN THE SPIRIT AND THE TRUTH

Why Europeans invested millions and risk their lives to take black people from  Africa, when there were already people in America that they could’ve enslaved with a lot less cost and less risk?

Why did they try to wipe out the Native Americans instead of trying to enslave them?

Why were millions of Mexicans and other nationalities in south America and the Caribbean killed instead of enslaved?

Why were Hebrews taken from the coast of Africa, and brought to America and the Caribbean as slaves on board ships?

Are these the people and places that Isaiah 11 promises that Israel will be regathered from?

In some cases the name of God YAH is also spelled as Jah If the slaves were not associated with Hebrews then we should not be able to find any these Hebrew abbreviations for God in their names There are 1,253 Africans ?  in the  SlaveVoyages.org. database with Yah or Jah in their names Yah: 822   Jah: 431  There are also others Hebrew named  such as Yel or lel, judah and juda ,isaac,peter shem on the list

The truth will set us free

The bible is not the word of any God it was collated for organizational benefits to the Romans.  When Christianity was constructed it needed to find a template. The MAAT belief system was chosen. There had to be a few changes in order to fit the narrative the Romans wanted to construct, and to protect copyrights.

The basic belief of the sun god  had to be relegated. In the bible the sun is created on the forth day after night and day and all the plants that needs light to grow.   The Hebrew people were chosen  as the central characters because the power of Yahshua was becoming evident. The message of Yahshua is that  a kingdom will be created on earth were the Governments of man will have no control of. This Hebrew also said that his god will not just be with the descendants of Abraham but all people of the earth who were willing to seek Yahweh  his God.  A basic belief of the Israelite’s was that they should only be governed by their god or the representatives of their god. The Romans constructed a belief system were they remained in control.  In their construction they only told part of the story

jesus  was killed on a TREE

ALL INVENTED BY MAN NONE ARE CREATION OF THE MOST HIGH 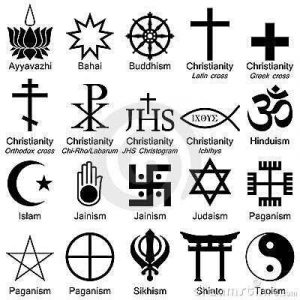 IF THE DOCTRINE OF MEN BECOMES YOUR COMMANDMENTS

THEN YOU WORSHIP IN VAIN

FROM THE BOOK OF JERIMIAH

Circumcise yourself for Yahweh off  with the foreskin of your heart

They say they are wise and possess the laws of the creator look how its been falsified by the lying  pen of the scribes. They shall be shamed caught out confounded

In these days people will no longer say the father  has eaten unripe grapes the children teeth are on edge. BUT EACH IS TO DIE FOR THEIR OWN SINS  every man who eats unripe grapes is to have his own teeth on edge

I is Yahweh who speaks  this  is the covenant  i will make with the house of Israel when those days arrive: deep within them i will plant my law  writing  it on their hearts.  Then i will be their god and they shall be my people there will be no need for neighbors to try to teach neighbors or brother to say to brother learn to know Yahweh no they will all know me the least no less than the greatest i will forgive their iniquity and never call their sins to mind.

Cultivate a heart of love

Do not worry chose to be happy worries  of the past brings depression. worries of the future brings anxiety live in the present. give thanks for your present 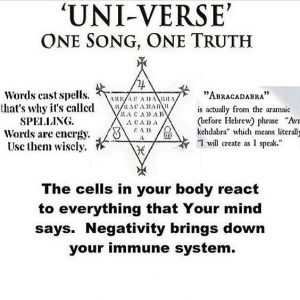 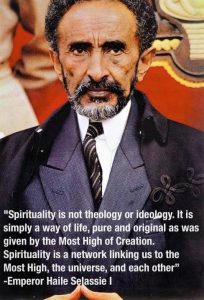 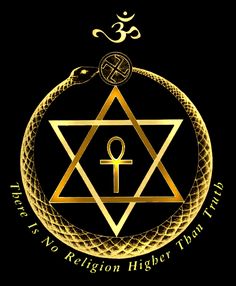 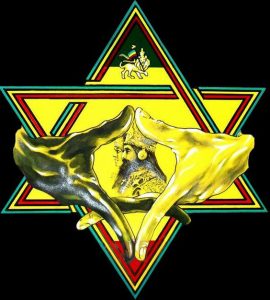 THE STAR OF DAVID  (the seal of Solomon)

The pyramid pointing up represents the divine masculine/phallus innergy

The pyramid pointing down represents the divine feminine/yoni innergy

Merge them together you get a six pointed star.and balance—MA”AT

With our innergies reuniting we become the alpha and omega

We are rewarded with union and harmony PEACE (one interpretation) 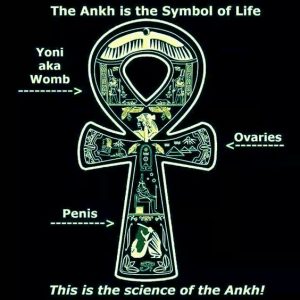